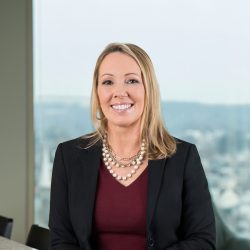 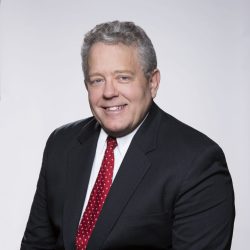 Pennsylvania has taken action to regulate snap removal in its state, in response to the U.S. Court of Appeals for the Third Circuit’s decision in Encompass Insurance Co. v. Stone Mansion Restaurant Inc. upholding the defense litigation tactic under the plain language of the forum defendant rule.

The service of process rule amendment by Pennsylvania will take effect on April 1, allowing plaintiffs to effect service on a forum defendant by a competent adult, rather than the lengthier service-by-sheriff requirement, resulting in less time for defendants to race to remove cases to federal district court.

“Snap removal” is the removal of a civil lawsuit brought in state court to the federal district court in which the case could have been brought under federal diversity jurisdiction, prior to service on a forum defendant.

Diversity jurisdiction, codified in Title 28, Section 1332 of the U.S. Code, gives federal trial courts “original jurisdiction in all civil actions” involving claims greater than $75,000 that are “between … citizens of different states”:[1]

However, even if complete diversity exists, if any of the properly joined and served defendants is a citizen of the state where the action is pending, the case may not be removed on the basis of diversity jurisdiction.

A civil action otherwise removable solely on the basis of the jurisdiction under [28 U.S.C. § 1332(a)] may not be removed if any of the parties in interest properly joined and served as defendants is a citizen of the State in which such action is brought.[3]

The federal district trial courts are roughly split about whether snap removal is permissible, and many have rejected snap removal for reasons such as the forum-defendant rule is ambiguous[4] or result of application is “absurd.”[5]

However, the U.S. Courts of Appeals for the Second, Third and Fifth Circuits[6] have upheld removal of a case before the forum defendant is served under the unambiguous language of the statute, providing precedent for future such snap removals in those circuits. Until other appellate courts weigh in, the future of snap removals in other federal circuits remains uncertain.

The U.S. Court of Appeals for the Third Circuit was the first to hold that the text of Title 28, Section 1441(b)(2) of the U.S. Code does not prohibit snap removal in its 2018 decision Encompass Insurance Co. v. tone Mansion Restaurant Inc.[7]

The underlying case involved a single-vehicle rollover that killed the intoxicated driver and seriously injured the sole passenger after an event at a Pittsburgh, Pennsylvania restaurant.[8] The case settled between the estate of the drunk driver’s insurer, Encompass Insurance Co., and the passenger.

Encompass, a citizen of Illinois, sued the restaurant in a Pennsylvania state court alleging that it continued to serve the driver after he was intoxicated.[9] The restaurant initially agreed to accept  service of the lawsuit, but when Encompass provided a copy of the complaint, the restaurant declined to sign for it.[10]

The restaurant then removed the case to federal court,[11] and the U.S. District Court for the Western District of Pennsylvania denied the insurer’s motion to remand and granted the restaurant’s motion to dismiss for failure to state claim.

On appeal, the Third Circuit recognized the restaurant’s evasion of service may have been “unsavory,” but held the removal was proper.[12] It ruled the plain language of the forum defendant rule was unambiguous and “precludes removal on the basis of in-state citizenship only when the defendant has been property joined and served.”[13]

Defendants received another positive snap removal appellate decision from the U.S. Court of Appeals for the Second Circuit in 2019 in Gibbons v. Bristol-Myers Squibb Co.[14]

In that case, the plaintiffs sued drugmakers Bristol-Myers Squibb Co. and Pfizer Inc., both Delaware corporations with principal places of business in New York, alleging defects in the blood thinner Eliquis.[15]

The plaintiffs filed their complaint in Delaware state court, defendants then removed the case to federal court prior to service and transferred to an MDL in the U.S. District Court for the Southern District of New York.[16]

The plaintiffs’ motion to remand was denied by the district court,[17] and the denial was affirmed by the Second Circuit holding that a home-state defendant may, in limited circumstances, remove actions filed in state court on the basis of diversity of citizenship by virtue of the text of Section 1441(b)(2) and “is neither absurd nor fundamentally unfair.”[18]

By its text, then, Section 1441(b)(2) is inapplicable until a home-state defendant has been served in accordance with state law; until then, a state court lawsuit is removable under Section 1441(a) so long as a federal district court can assume jurisdiction over the action.[19]

Most recently, in Texas Brine Co. LLC v. American Arbitration Association Inc., the U.S. Court of Appeals for the Fifth Circuit, on appeal from the U.S. District Court for the Eastern District of Louisiana, held a nonforum defendant may remove an otherwise removable case even when a named defendant, who yet to be properly joined and served, is a citizen of the forum state.[20]

The forum-defendant rule’s procedural barrier to removal was determined to be irrelevant here because the only defendant properly joined and served at the time of removal, the American Arbitration Association Inc., was a not a citizen of the forum state, Louisiana.[21] It is unclear whether the Fifth Circuit will go as far as the Second and Third Circuits with allowing a forum defendant to remove an otherwise removable case when it has not been properly joined and served.

The Pennsylvania Supreme Court has just amended the Pennsylvania Rule of Civil Procedure 400, a rule governing service of process, to “ameliorate ‘snap’ removal and the holding of Encompass Ins. Co.”[22]

The rule, as it currently stands, requires original process to be served within the commonwealth only by the sheriff.[23] There are certain exceptions to this requirement in which original process may be served also by a competent adult, including a civil action for injunctive relief, perpetuation of testimony or a receiver, partition and declaratory judgment as the only relief sought.[24]

The amendment of Rule 400(b) of the Pennsylvania Rules of Civil Procedure, to take effect on April 1, adds an exception for which a competent adult, in addition to the sheriff, may serve original process for any civil action in which there is complete diversity of citizenship between all plaintiffs and defendants, and at least one defendant is a citizen of Pennsylvania.[25]

Consequently, in any action in which snap removal is possible, the plaintiff will be able to effect original service by a competent adult rather than the lengthier process of effecting service through the sheriff, shortening the time for defendants to snap remove.

What Does This Rule Amendment Look Like in Practice?

Pennsylvania’s rule amendment will significantly decrease the time defendants have to take action to remove cases from state to federal court before a forum defendant is served, resulting in an uphill battle for defendants in future cases. Here are some practical practice tips for defendants so that snap removal can remain a viable tool in Pennsylvania.

The removing defendant must know a lawsuit is filed before service has been effected on the forum defendant to take advantage of snap removal, and the timeframe for action has been cut significantly under the new rule.

One way of doing this is to identify options in the Pennsylvania state court jurisdictions for searchable online filing dockets or third-party vendors that can provide reporting of daily or weekly filings. This can provide the immediate alert necessary to allow time for removal prior to service of the local defendant. Early identification and action can make all the difference.

2. Attempt to determine if the forum defendant has been served.

The caveat is that these methods for determining service may not be fully reliable or timely, depending upon timeliness of updates to court dockets and/or reporting of status of service by forum defendants to their counsel.

3. Obtain the consent of all served defendants.

If there are numerous defendants, this could prove tedious, but will need to be accomplished swiftly given the additional time constraints under the amended service rule.

If the forum defendant is technically served prior to completion of removal from state court to federal court, snap removal will not be successful. Filing the notice of removal in federal court simultaneously with filing the notice in state court is a good practice to ensure service under the new rule is not effected on the forum defendant between one filing and the other.

Federal legislation to amend the statute to preserve plaintiffs’ choice to file in state court and eliminate snap removal was proposed but not enacted.

In November 2019, the House Judiciary Committee under Chairman Jerrold Nadler, D-N.Y., convened a hearing titled “Examining the Use of Snap Removals to Circumvent the Forum Defendant Rule” on the subject of snap removal and potential alternatives.

Subsequently, in February 2020, H.B. 5801 of the 116th Congress – Second Session titled “Removal Jurisdiction Clarification Act of 2020″ was introduced by the House of Representatives. The bill sought to amend Title 28 such that a court would remand a case to the state court from which it was removed if

No further action has been taken and the statutory language is maintained, preserving the right of a defendant to remove a state lawsuit to federal court when circumstances dictate.

Donald R. Kinsley is a director at the firm.

The opinions expressed are those of the author(s) and do not necessarily reflect the views of the firm, its clients, or Portfolio Media Inc., or any of its or their respective affiliates. This article is for general information purposes and is not intended to be and should not be taken as legal advice.

Posted with reprint permission from Law360