Will “Waters of the United States” Drown Private Property in More Regulation in 2022? - Maron Marvel

Will “Waters of the United States” Drown Private Property in More Regulation in 2022? 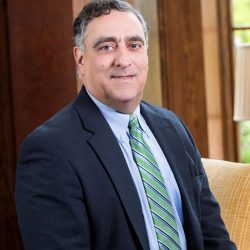 Of the two paths for defining “waters of the United States,” the more significant will likely be the determination from SCOTUS, which has assumed formal consideration of the wetlands definition, in Sackett v. U.S. Environmental Protection Agency.[i]

Michael and Chantell Sackett purchased a half-acre lot within 300 feet of Priest Lake, an attractive recreation location for vacationers and residents. Priest Lake is one of the largest lakes in Idaho, spanning approximately 23,000 acres of beautiful water lying within the slopes of the Selkirk Mountains. The Sackett’s lot was originally somewhat soggy but did not front the lake. The lot sits between roads to the north and the south. A large wetland drains into an unnamed tributary across the road to the north of the Sackett’s lot. To the south of the Sackett’s lot, there is another road, across which is a row of existing homes which front Priest Lake. The Sacketts obtained building permits from local authorities and began site preparation by filling parts of the lot with sand and gravel. The USEPA and the Corps stepped in to stop the site work, finding that the Sackett’s lot could not be filled without a wetlands permit under the CWA. These federal agencies found that the marshy quality of the Sackett’s property rose to the level of “waters of the United States,” and had an impact on the environment of the nearby lake. Not only did they have to stop back-filling the lot, the Sacketts were also ordered to remediate the already completed back-filled areas of their lot within five months or face penalties of $40,000 per day.

The USEPA and the Corps noted that parts of the lot which had yet to be filled with earth were either flooded or contained wetland vegetation, both factors in determining whether a property is in a wetland. The site inspection report by the USEPA stated that the Sackett’s property where no fill material had been placed was inundated and ponded with groundwater. The USEPA and the Corps determined that the Sackett’s lot contained wetlands, and the sand and gravel they deposited there constituted pollution which had to be removed.

While the Sackett’s case has suffered prolonged litigation, appeals and various positions taken by federal regulators, the issue before SCOTUS this year is whether to adopt a test which only four Justices endorsed in Rapanos v. United States.[ii] If adopted, that test would likely restrict the USEPA’s and the Corps’ authority over only those wetlands that have surface water continuously connected to regulated waters.

-most impoundments of waters of the United States;

-tributaries to traditional navigable waters, interstate waters, the territorial seas, and impoundments, and wetlands adjacent to these, that meet either the relatively permanent standard or the significant nexus standard; and

-“other waters” that meet either the relatively permanent standard or the significant nexus standard. [iv]

Large property owners like utilities, industries, and manufacturers, should be aware that while the above-proposed definitions by the USEPA and the Corps sound like legalese, clearly the proposed definitions would expand the definition of “waters of the United States.” This will make it more difficult for property owners to develop properties. Site preparation and construction for certain properties could prove cost-prohibitive under new regulations. Prior to purchasing property, environmental site assessments must consider all these issues carefully. Some sites may be prohibited from development altogether if the USEPA’s proposed changes become effective. While ongoing site work on soggy ground could be subject to fines and penalties, property owners may also be required to incur unforeseen costs to remediate the land to its original state.

We Are What We Eat: How a Person’s Diet Can Play a Part in Defending a Toxic Tort Case