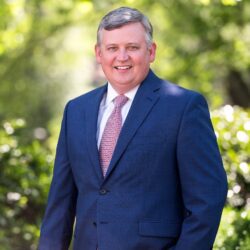 Recently, issues surrounding the use and regulation of dicamba have been dominating the landscape of agribusiness news. Packaged as a solution to the growing “super weed” problem facing farmers throughout the U.S., the coupling of glyphosate/dicamba-tolerant seeds with newly formulated dicamba-based herbicides has seemingly presented as many challenges as it was presented to solve. Over the past twelve months, farmers, industry experts, and state agencies have dealt with drift complaints increasing at an exponential pace, class action lawsuits being filed against the seed and spray manufacturers (with more litigation on the way), and even an alleged murder. This is part one of a two-part article that takes a comprehensive look at how we got here, a broad overview of current dicamba-related issues, and what we can expect to see in the future.

Dicamba – a selective herbicide in the chlorophnoxy family of chemicals – was first discovered as having growth regulating potential in 1942, and was quickly developed by BASF for use in commercial weed control. Dicamba targets and kills broadleaf weeds, but not grasses, and initially was used in pastures, on range lands, and in other non-crop environments such as lawn and turf settings (i.e. golf courses). Dicamba works best in conjunction with other herbicides, such as glyphosate, and is found in well over 1,000 products, most recognizably – until recently, that is – in Banvel, Clarity, Diablo, Oracle, and Vanquish.

Dicamba is similar to 2,4-D (another common selective herbicide), in that both mimic a plant’s natural hormones (called auxins), causing the targeted plants to grow abnormally and uncontrollably until the plants outgrow their nutrient supplies and die. While dicamba is more toxic than glyphosate, it is less toxic than 2,4-D and, when used properly, believed “not likely to be carcinogenic to humans,” per the EPA.

But to truly understand dicamba, and to fully appreciate how the agriculture industry found itself facing the issues it faces today, we must first discuss glyphosate.

In the Beginning, There Was Glyphosate

Glyphosate, the active compound in well-known products such as in Roundup™, was initially discovered in 1950, but was not found to have beneficial herbicidal properties until the 1970s. At that time, Monsanto, through a series of tests on similar compounds, discovered glyphosate’s use combatting perennial weeds (those that don’t die at the end of the growing season). Through the work of scientist John Franz, glyphosate was ultimately discovered to be a powerful herbicide. Glyphosate is absorbed through the plants’ leaves, blocking the production of proteins the plants need to grow, thereby killing the plants.

Glyphosate initially was patented by Monsanto as Roundup, and the product was first approved in the U.S. in 1974 for industrial non-crop use. Glyphosate subsequently was developed for agricultural purposes as weed control, and then broadened to pre-harvest applications in certain cereals (wheat, barley, oats, etc.) and oilseed crops. Glyphosate’s application became so ubiquitous and proved so beneficial that scientist John Franz received the U.S. National Medal of Technology in 1987 for “the impact of glyphosate upon the production of agricultural food and fibre throughout the world.” Monsanto’s patent of glyphosate expired in 2000, and now over 40 companies in countries throughout the world market glyphosate under numerous trade names.

After the invention and development of Roundup, Monsanto introduced Roundup-resistant seeds. These resistant seeds allowed farmers easily to spray their crops with Roundup, in-bloom, and to eliminate the weeds growing alongside while allowing their crops to flourish. At one point, it was projected that farmers used these resistant seeds to grow about 90 percent of the nation’s soybeans and 70 percent of the nation’s cotton. This new method also allowed for a decrease in the volume of herbicides used, per a comparison of 1994 data versus 2005 data.

However, the laws of physics proved to be true – for every action there is an equal and opposite reaction. Though glyphosate was once a miracle herbicide, many states began seeing various strains of glyphosate-resistant “super weeds.” (There are now over 100 strains of such weeds in at least 38 states, and the list continues to grow). One such strain is Palmer Amaranth, or “pig weed,” which grows rapidly and can produce tens of thousands of seeds. A need developed within the industry to combat these morphing super weeds.

The Development of Dicamba

The farming industry began to look to dicamba for weed control due to the rise of the glyphosate-resistant super weeds in the 1990’s and 2000’s. Monsanto, for one, began to develop dicamba-tolerant seeds (also resistant to glyphosate) to be used in conjunction with dicamba to combat the evolving super weeds. However, a downside existed with respect to the dicamba available on the market at that time: the available formulations were volatile in over-the-top agricultural applications. Dicamba, in its then-current formulations, was known to easily drift off-target, posing a threat to neighboring crops. Therefore, Monsanto and others – namely BASF and DuPont – began developing new, less volatile formulations of dicamba that would be less likely to vaporize and drift and, thus, be more suited for agricultural use. For example, BASF’s product, Engenia, contains a heavier molecule than the previous formulations, giving it a 70% lower volatility rate, thereby reducing the potential for off-target events.

Despite the warnings and the federal prohibitions against doing so, farmers took to using old, volatile dicamba formulations with their new dicamba-tolerant seeds. As a result, complaints began to roll into state agencies about illegal spraying of the old dicamba formulations and resulting crop damage to neighboring farms that were not using the tolerant seeds (though, as discussed below, the number of complaints in 2016 pales in comparison to what we have seen so far this year). The EPA also opened criminal investigations into these allegations. Monsanto issued a statement on August 4, 2016 recounting the steps it had taken to dissuade farmers’ illegal application of the old dicamba formulations and stating that it “does not condone the illegal use of any pesticide for any purpose.”

Seemingly overnight, dicamba and “dicamba drift” became hot topic conversations within the agribusiness industry. Farmers – both those opting for the tolerant seeds and those choosing not to use them – were given crash courses in spotting the effects of dicamba on non-resistant crops. Dicamba’s tell-tale sign in soybean crops is leaf cupping, with the leaves’ edges curling up. While these physical effects may be easy to spot, it is not so easy to track the source of the dicamba, and there is also a lag between the off-target impact and the resultant physical symptoms. For instance, with soybeans, dicamba damage only appears on new leaves, not the leaves that sustained the dicamba impact. Accordingly, weeks can pass before any damage appears. Further, the later the off-target impact occurs in the vegetative stage, the harder it can become to spot, and the damage to the yield may become more serious.

Even after the EPA approved the new dicamba formulations for over-the-top application in November 2016 (for use in the 2017 growing season), reports of drift damage continued. Much of this has been attributed to farmers’ and applicators’ lack of adherence to the stringent federal and state requirements for dicamba use (i.e., spraying “off-label”). The specific requirements and regulations are discussed in detail below, but generally speaking, the new dicamba formulation cannot be applied when wind speeds are too high or are too low (to combat the potential for drift), the application nozzles must meet certain requirements, and application cannot take place during a temperature inversion. (A temperature inversion is a situation where the temperature near the ground is cooler than the air above it, which is normally not the case, causing the spray to suspend in the air rather than fall to the ground). Farmers and applicators may not have been vigilant in ensuring that the required conditions were met, or they may have relied on inaccurate data when making application decisions.

Due in part to the known drift potential of the old dicamba formulations, the EPA and state agencies implemented comprehensive guidelines regulating the use of dicamba-based herbicides. If the farmer or applicator lives in a state with more strict regulations than those set by the EPA, he or she is required to adhere to the more restrictive of the two.

EPA Label Requirements: When the EPA approved the new dicamba formulations in 2016, it set forth certain requirements for the products’ federally approved labels. For example, the new herbicides can only be mixed with certain products that previously have been tested and proven not to adversely affect off-target potential; only certain nozzles are permitted; the herbicide may only be applied when wind speeds are between 3 mph and 15 mph (state regulations are typically more stringent – see below); boom heights cannot exceed 24 inches above target pest or crop; and a 110 to 220 foot downwind buffer zone must be maintained, depending upon rate, between the last treated row and the closest downwind field edge.

In addition to the EPA’s restrictions and the state-mandated training noted above, several states have gone a step further by setting heightened restrictions on the application of dicamba-based herbicides in conjunction with the dicamba-tolerant seeds. In Alabama, application is prohibited in winds exceeding 10 miles per hour. In Arkansas, extended buffer zones are required around the entire field during application, and a 0.25 mile downwind buffer between the applied crops and neighboring sensitive crops (such as root and leafy vegetables, legumes, and organics) is required. In Illinois, approval has only been granted for two of the dicamba-based sprays – Engenia (BASF) and XtendiMax with VaporGrip (Monsanto) – and the use of any other dicamba-based herbicide violates the Illinois Pesticide Act, can be treated as a misdemeanor, and may result in fines ranging from $5,000 to $10,000.

As will be discussed in detail in part two of this article, Missouri, on July 13, 2017, required Special Local Need labels for dicamba-based herbicides to include restrictive safeguards related to timing of application, allowable wind speeds, record-keeping, and training. Included in the newly mandated restrictions are a prohibition against application in wind speeds in excess of 10 miles per hour (with record-keeping mandated to track actual wind speeds and directions at the time of application), a restriction of application hours to between 9:00 a.m. and 3:00 p.m., and a requirement that all applications must now be made by a certified applicator.

Please check back next week for part two of this article, which will discuss the influx of dicamba-related complaints received by various state agencies and how these agencies have responded. Part two will also provide an overview of the litigation we have already seen as a result of these drift complaints, as well as an outlook as to how the legal landscape may unfold in the near future.