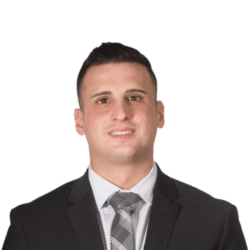 In a recent decision on an asbestos exposure case, a New Jersey court once again reminded us that the admissibility of an expert opinion hinges upon the substance of the opinion, rather than the conclusions of the expert alone.

A husband and wife filed a complaint in the Superior Court of New Jersey, Law Division, Essex County, alleging that they entered into a contract with a real estate holding group for the purchase of a home located in Maplewood, New Jersey. According to the complaint, a subsequent inspection of the property revealed the presence of asbestos-containing material located within the basement of the home. The plaintiffs further alleged that the holding group agreed to remediate the asbestos-containing material, subsequently subcontracting with an asbestos abatement company in order to remove the asbestos in question. According to the complaint, however, the remediation was performed improperly, resulting in asbestos contamination throughout the home. As a result, the plaintiffs asserted claims of negligence against the asbestos remediator, based upon the alleged improperly performed remediation.

Following the close of discovery in the matter, the Court granted summary judgment in favor of the remediator. The Court noted that an expert’s bare conclusions, unsupported by factual evidence or other data, are inadmissible as mere “net opinion.”[i] Under the “net opinion” rule, an expert is required to give the why and wherefore of his opinion, rather than a mere conclusion.[ii] Further, the opinion of an expert is considered a “net opinion” when the data upon which the opinion is based is perceived as insufficient, unreliable or contrary to the proponent’s theory of the case.[iii] Additionally, the admissibility of an expert opinion is contingent upon the ability of the expert to explain pertinent scientific principles and then apply those principles to the formulation of his or her opinion.[iv] Therefore, the key to admission of the opinion is the validity of the expert’s reasoning and methodology. Id.

After examining the record, the Court found that, because the opinion set forth by the plaintiffs’ industrial hygiene expert was not supported by the underlying facts of the matter, failed to exclude other potential causes for the alleged contamination and offered a mere conclusion, without providing the why and wherefore of his opinion, the report was inadmissible as mere “net opinion.” The Court also held that, because the process of safely and properly performing asbestos abatement work was outside of the ken of the average juror, the aid of an expert opinion would be required in establishing the claims of the plaintiffs. [v]As the expert opinion was ruled to be inadmissible, the Court found that the plaintiffs would be unable to prevail on their claims as a matter of law.

Subsequently, the plaintiffs moved for reconsideration of the decision granting the application for summary judgment. The application for reconsideration, however, was denied as the Court found that the plaintiffs failed to meet their burden in demonstrating that the prior decision was “based upon a palpably incorrect or irrational basis” or that the Court failed to consider “the significance of probative, competent evidence.” [vi]