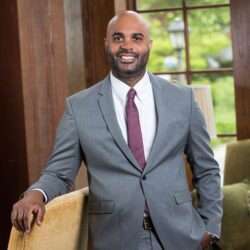 It would not be surprising to find Mallory v. Norfolk Southern Railway Co. become mandatory class material across law schools in the future. The case presents a thought-provoking discussion of specific and general jurisdiction, the Due Process concerns faced by corporations caused by plaintiff’s forum shopping, and improper assertion of jurisdiction by state courts. Following its interpretation of the jurisdictional rules set by SCOTUS in Goodyear Dunlop Tires Oper. v. Brown[i] and Daimler AG v. Bauman,[ii] the Pennsylvania trial court ruled that Pennsylvania’s long-arm jurisdiction statute, which required foreign corporations to ‘consent’ to jurisdiction in any matter, violated the U.S. Constitution. On appeal, the Pennsylvania Supreme Court agreed with the trial court’s ruling, again declaring the statute to be in violation of the 14th Amendment’s Due Process Clause. As one of the favored jurisdictions by plaintiffs, the loss of Pennsylvania’s jurisdictional reach would have a critical impact on future cases. On further appeal, SCOTUS granted certiorari, bringing State-mandated jurisdictional consent clauses to the forefront.

Specific jurisdiction is confined to adjudication of issues deriving from, or connected with, the very controversy that establishes jurisdiction.[iii]  General jurisdiction is asserted where there is no specific or direct act by the defendant toward the plaintiff within the jurisdiction, but the corporation’s “continuous corporate operations within a state [are] so substantial and of such a nature as to justify suit against it on causes of action arising from dealings entirely distinct from those activities.”[iv]

The historic standard for general jurisdiction was set by SCOTUS in International Shoe,[v] where if ‘minimum contacts’ were established within the state, general personal jurisdiction could be exercised over a foreign corporation: “A court may assert general jurisdiction over foreign (sister-state or foreign-country) corporations to hear any and all claims against them when their affiliations with the State are so ‘continuous and systematic’ as to render them essentially at home in the forum State.”[vi]

Under the International Shoe standard, general jurisdiction became an artificial ‘catch-all’ rationalization that allowed courts to assert jurisdiction over foreign corporations, despite their location or how tenuous their contacts with the forum state were. Writing for the Court in Goodyear, Justice Ginsburg opined that “under the sprawling view of general jurisdiction … any substantial manufacturer or seller of goods would be amenable to suit, on any claim for relief, wherever its products are distributed.”[vii] Sweeping assertions of general jurisdiction were challenged by Due Process arguments. “Because a state court’s assertion of jurisdiction exposes defendants to the State’s coercive power, it is subject to review for compatibility with the Fourteenth Amendment’s Due Process Clause, which limits the power of a state court to render a valid personal judgment against a nonresident defendant.”[viii]  The assertion of jurisdiction over an out-of-state corporation must comply with traditional notions of fair play and substantial justice.[ix]

Eschewing the minimum contacts test, Ginsburg stated that “a corporation that operates in many places can scarcely be deemed at home in all of them.”[x] She followed by saying “the paradigm all-purpose forums for general jurisdiction are a corporation’s place of incorporation and principal place of business.”[xi] The holdings of Daimler and Goodyear essentially recognized three locations where jurisdiction is proper: (1) the forum where specific jurisdiction exists; (2) where the defendant corporation’s principal place of business; or (3) the business’ place of incorporation. While many courts have hammered at these three points, Mallory focuses on a fourth instance: cases where the corporation consents to or waives jurisdiction concerns.

In Mallory, suit was filed against Norfolk Southern Railway, a Virginia corporation with its principal place of business in Norfolk, Virginia. The suit arose following Mr. Mallory’s alleged exposure to asbestos while employed by Norfolk Southern Railway (“Norfolk Southern”) in Virginia and Ohio. While Mr. Mallory does not allege any harmful occupational exposures in Pennsylvania, the suit was brought in Pennsylvania under the Federal Employers’ Liability Act (“FELA”), which establishes a compensation structure for railroad workplace injuries that preempts state tort remedies and workers’ compensation statutes. Norfolk Southern objected to Mallory’s filing in Pennsylvania and sought dismissal due to lack of specific and general personal jurisdiction.

Despite being brought as a FELA claim, SCOTUS has previously declined to distinguish jurisdictional questions brought under FELA or against railroad defendants in BNSF Ry. Co. v. Tyrrell, where it found that the “due process constraint described in Daimler, however, applies to all state-court assertions of general jurisdiction over nonresident defendants; the constraint does not vary with the type of claim asserted or business enterprise sued.”[xii]  Following the guidance of Goodyear and Daimler, the Pennsylvania trial court found that an of exercise general jurisdiction over a foreign corporation is proper only if the corporation’s affiliations in the state are so continuous and systematic as to render the corporation essentially at home in the forum state. Therefore, for “Pennsylvania courts to acquire general personal jurisdiction over foreign corporations under the current state of the law, the foreign corporation must be incorporate in Pennsylvania, have its principal place of business in Pennsylvania, or have consented to the exercise of jurisdiction.”[xiii]

Accepting that there was no specific jurisdiction in the present case and that Norfolk Southern was neither incorporated nor did it have its principal place of business in Pennsylvania, Mallory points to Norfolk Southern’s consent to jurisdiction by its act of registering to do business pursuant to Pennsylvania law. Each of the 50 states requires foreign corporations to register within the state as a prerequisite to conducting business within the Commonwealth’s boundaries. However, Pennsylvania’s foreign-business statute is unique in its long-arm provision, which provides that the act of registration constitutes consent to general jurisdiction over all claims against the corporation.[xiv]  Both the trial court and Pennsylvania’s Supreme Court have found the provision in the Pennsylvania code requiring submission to jurisdiction to be invalid as ‘repugnant’ to the constitution and standing as a ‘Hobson’s Choice’ – where one must choose between accepting whatever is available or have nothing at all.

SCOTUS has shown a desire to guide business practices, allowing “out-of-state defendants to structure their primary conduct with some minimum assurance as to where that conduct will and will not render them liable to suit.”[xv]  Should Norfolk Southern prevail, the mandatory acceptance/waiver of jurisdiction scheme, described in lower courts as a “Hobson’s choice”, would be struck down. Should Mallory prevail, it is foreseeable that more cases will be filed in Pennsylvania. Further, other states may decide to follow Pennsylvania’s lead in creating mandatory jurisdiction clauses as a condition for foreign corporations.