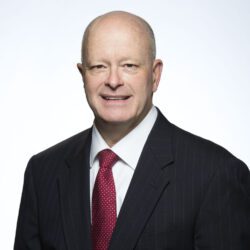 State legislatures are considering and enacting legislation that expands the statute of limitations for past abuse claims that portend significant liability issues for a variety of organizations and institutions, and their employees and volunteers.  Some of the recent legislation includes:

New Jersey – On March 25, 2019, the New Jersey Legislature passed a bill that: extends statute of limitations in civil actions for sexual abuse claims; expands categories of potential defendants in civil actions; creates a two-year window for parties to bring previously time-barred actions based on sexual abuse.  The bill  now goes to Gov. Phi Murphy for consideration who has previously expressed support for the legislation.

New York – In February 2019, Gov. Andrew M. Cuomo signed the Child Victims Act into law which provides that the statute of limitations for criminal prosecution of a sexual offense committed against a child shall not begin to run until the child turns 23 years of age; provides that a civil action for conduct constituting a sexual offense against a child, shall be brought before the child turns 55 years of age; revives previously barred actions related to sexual abuse of children; grants civil trial preference to such actions;  eliminates the notice of claim requirements for such actions when the action is brought against a municipality, the state or a school district; requires judicial training relating to child abuse and the establishment of rules relating to civil actions brought for sexual offenses committed against children.

Maryland – Similar legislation altering the statute of limitations in certain civil actions relating to child sexual abuse by providing a certain action may be filed at any time was approved by the state House, and is being considered by the state Senate.

Pennsylvania – A bill was passed by the state House in 2018, that would have allowed a two-year window for child victim litigation, however the state Senate did not vote on the measure.

According to Child USA (https://www.childusa.org/), an organization that advocates for statute of limitations reforms, 10 states have enacted some form of window legislation, including: New York, California, Delaware, Georgia, Hawaii, Massachusetts, Michigan, Minnesota and Utah.

This wave of legislation may impact educational, nonprofit and religious institutions, and we are prepared to offer advice and counsel for claims of liability exposure and damages.