Will Mallory Reopen the Floodgates of Litigation Across the Nation? - Maron Marvel 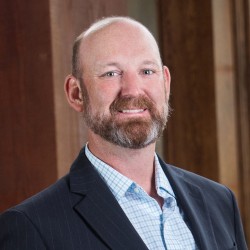 POTENTIAL RISK: Other states with similar rulings like the Pennsylvania Supreme Court’s ruling in Mallory may experience an influx in plaintiffs re-challenging personal jurisdiction and perhaps change the law.[iii] Thus, companies that are required to register in varying states to conduct any amount of business, no matter how limited, may be subject to that state’s long-arm statute and, subsequently, subject to general personal jurisdiction. This could potentially open the floodgates of litigation and increase forum-shopping plaintiffs in states that many businesses would not consider their home state.

In Mallory, the plaintiff, Robert Mallory, was diagnosed with colon cancer, which he alleged was caused by his decades-long work for Norfolk. He filed his action in the Philadelphia County Court of Common Pleas in 2017. Norfolk is a Virginia corporation with a principal place of business in Virginia. Mr. Mallory, a Virginia resident, worked primarily for the company in Ohio and Virginia.

So, how could a Virginia resident file an action against a Virginia corporation in Pennsylvania?

But, in Mallory, Pennsylvania’s Supreme Court found that the state’s long-arm statute was unconstitutional as it compelled foreign corporations’ submission to general personal jurisdiction in violation of the Due Process Clause. This is not a novel argument in lower courts, but now the Supreme Court of the United States will address the issue for the first time and potentially codify forum shopping by allowing general personal jurisdiction to originate from the substantial contacts analysis of International Shoe and its progeny (including Goodyear and Daimler) or by way of Pennsylvania Fire, which held that consent by registration establishes general personal jurisdiction consistent with Fourteenth Amendment Due Process. Corporate jurisdictional defense strategies developed in the wake of Daimler[iv] now face a formidable, legal-based challenge in the nation’s highest court.

Mallory distinguishes the more modern cases of International Shoe, Goodyear, and Daimler from his case as they never involved foreign corporations that consented to personal jurisdiction. Whereas Norfolk had sufficient notice as Pennsylvania’s statute explicitly states that registering to do business will subject the corporation to general personal jurisdiction. It is Mallory’s position that Norfolk chose to register its business in Pennsylvania despite the statutory language. To Mallory, Pennsylvania’s statute does not violate the notions of due process and fairness.

Finally, Mallory addresses the issue of whether Pennsylvania’s long-arm statute violates the doctrine of unconstitutional conditions. The basis of this doctrine is that a governmental entity cannot condition a benefit (i.e., the ability to conduct business in the state) on the waiver of a constitutionally protected right. Mallory argues, however, that the High Court’s due process jurisprudence is flush with decisions holding that waiver of personal jurisdiction is indeed constitutional within the meaning of the Fourteenth Amendment and is, therefore, inapplicable to the analysis and outcome of this case.

Norfolk Southern’s brief is due on August 26, 2022. Until then, here is what you need to consider:

Mallory may motivate plaintiffs’ firms to pursue change in other jurisdictions, and if successful, corporate defendants could find themselves subject to pre-Daimler analysis. Stay tuned for Maron Marvel’s analysis of the Respondents’ brief. We will also be providing insight on the oral argument scheduled in October.

[iii]Most states that followed Daimler have independently determined that a foreign corporation’s registration to do business in the state results in consent to personal jurisdiction. Pennsylvania is one of few states that codified explicit language stating the corporation consents to personal jurisdiction when it registers to do business. If the U.S. Supreme Court rules in favor of the petitioner, states may consider drafting legislation similar to the Pennsylvania statute.

[iv]Daimler found that general personal jurisdiction is only established where the foreign corporation is “at home,” it did NOT address “consent” as a basis.

Maron Marvel has dedicated a team of attorneys to monitor personal jurisdiction challenges within the states. If you have any questions about these articles, please contact, please contact Stephanie Fox at [email protected].

Disclaimer: The information in this publication should not be considered legal advice, is not a substitute for legal counsel, and should not be relied on as such. In some jurisdictions, this is considered advertising.