McDill Tenders in Louisiana: How An UM/UIM Insurer Can Avoid Penalties and Attorney’s Fees 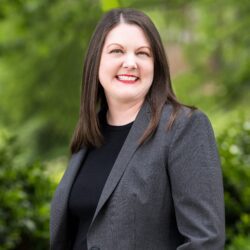 Louisiana insurers who provide uninsured/underinsured motorist coverage are often asked for a “McDill tender” by a claimant, and it’s important for the insurer to know its obligations when responding to such a request. Otherwise, the insurer could be faced with an assessment of penalties and attorney’s fees. But what exactly is a “McDill tender,” and what is the insurer’s obligation when faced with a request for one?

Mr. McDill based his request for penalties and attorney’s fees on La. Revised Statute 22:658 (redesignated as 22:1892), which provides that an insurer has a limited amount of time (currently 30 days) to pay the amount due to an insured after “receipt of satisfactory proofs of loss.” The Supreme Court of Louisiana found that to show a “satisfactory proof of loss,” Mr. McDill had to prove “that the insurer received sufficient facts which fully apprise the insurer that (1) the owner or operator of the other vehicle involved in the accident was uninsured or underinsured, (2) that he was at fault, (3) that such fault gave rise to damages, and (4) establish the extent of those damages.”[ii]

The Supreme Court noted that Mr. McDill’s medical expenses totaled $8,095.72, meaning Mr. Latino’s bodily injury policy limits were almost exhausted with special damages alone and leaving nothing for general damages. The Court went on to hold that “the insurer cannot stonewall the insured because the insured is unable to prove the exact extent of his general damages,” and “[i]f the first three elements of the Hart test are satisfied and the insured has made a showing that the insurer will be liable for some general damages, the insurer must tender the reasonable amount which is due.”[iii] The Louisiana Supreme Court noted that the tendered amount is not a settlement, but it is to show the insurer’s good faith and to comply with its obligations under the law and the insurance policy. “The amount that is due would be a figure over which reasonable minds could not differ.”[iv] Ultimately, the Supreme Court held that because Mr. Latino’s policy limits were almost exhausted by the special damages, Utica Mutual Insurance should have tendered some reasonable amount for general damages in order to avoid the applicable penalties.

Following McDill, Louisiana courts have found that a claimant will be entitled to penalties and attorney’s fees if the insurer received a satisfactory proof of loss, the insurer did not make a payment on this loss within thirty days, and the insurer’s actions were “arbitrary, capricious, or without probable cause.”[v] But what constitutes “arbitrary, capricious, or without probable cause”? It means a “vexatious refusal to pay” or a failure to pay that was “unjustified, without reasonable or probable cause or excuse.”[vi]

If, based upon the facts known at the time and a good-faith defense, an insurer decides not to pay following the receipt of a satisfactory proof of loss, the insurer is not acting arbitrarily, capriciously, or without probable cause. This means that if there are legitimate questions about causation or the amount of alleged damages, an insurer does not violate its obligation by failing to pay some amount.

However, if an insurer receives satisfactory proof of loss and there are no good faith defenses, the insurer must pay “any undisputed amount over which reasonable minds could not differ.”[vii] This payment is the McDill tender by the insurer and must be made unconditionally.[viii]

Deciding what is an “undisputed amount” is not an exact science, though, so, what happens if an insurer acts in good faith and makes a McDill tender, but ultimately this amount is an overpayment (for example, because a jury later awards the claimant less than anticipated)? Louisiana appellate courts are split on this question – at least one finding that the insurer is entitled to reimbursement of the overpaid amount[ix] and another finding that because the tender is made unconditionally, reimbursement is not warranted.[x]

Consequently, after receiving satisfactory proof of loss, an insurer in Louisiana should make an unconditional McDill tender for any undisputed amounts to avoid penalties and attorney’s fees. However, the insurer should fully evaluate what that amount should be in order to avoid the possibility that an overpayment will not be returned.

Our defense litigation attorneys will provide you updates and commentary on risk management and general liability issues impacting business. To receive updates directly to your inbox, click here.