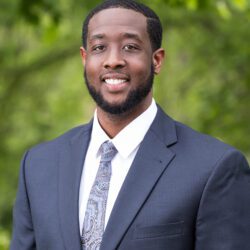 PFAS, also known as Per-and poly-fluoroalkyl substances can be found in numerous industrial products. In South Carolina, United States District Court Judge Gergel presides over the PFAS multidistrict litigation (MDL). The MDL is made up of thousands of cases brought by individual plaintiffs, state governments, and local municipalities. The issues focus on the manufacturing or use of aqueous film-forming foam (AFFF), and the alleged release of two types of PFAS into the environment, PFOS and PFOA.

In the late 1960’s, the Navy decided to use military specifications for AFFF. 3M initially supplied military-specific-compliant AFFF that contained PFOS. In 2000, 3M discontinued manufacturing PFOS, and other contractors that used a different AFFF-manufacturing process known as telomerization stepped in to fill the void left by 3M. Although telomer-based AFFF does not contain PFOS, it can degrade into PFOA in the environment.

The Court denied the partial summary judgment on the government contractor immunity defense because the military specification did not constitute a reasonably precise specification. Second, the Court held that there were issues of fact regarding the AFFF manufacturers warning timetable about the dangers of their AFFF products and whether the continued use doctrine applied. The court held that the military specifications were not precise enough because it was “only a performance spec.” Moreover, the Court noted the performance specs allowed “each manufacturer to come up with [it’s] own magic witch’s brew” derived from “at least hundreds of different types of [PFAS].” In regards to the third prong and the “continued use” doctrine, the Court held that all of the AFFF manufacturers “had significantly greater knowledge than the government about the properties and risks associated with their products and knowingly withheld highly material information from the government.” Furthermore, the Court added that the Defendants did not promptly disclose important information to the government.

Concerning insurance, the Court’s holding could have major coverage ramifications. Most general liability policies require any injury or damage for which an insured seeks liability coverage to arise out of an “occurrence,” which is generally defined as an “accident.”  If an insured knowingly or intentionally causes injury or damage or it can be proven that they should have known that it would cause injury or damage, this could give the insurance company an avenue to deny coverage. Of course, all states and jurisdictions have their nuances, but parties in PFAS litigation should evaluate Judge Gergel’s opinion to analyze how it could affect their coverage moving forward.