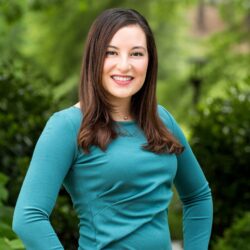 Aqueous film-forming foam (“AFFF”) is a hot topic in per- and polyfluorinated Substances (“PFAS”) litigation.  AFFF is used to fight gasoline, oil, and jet fuel fires by producing an aqueous film that spreads across a fire’s surface to extinguish the flames and stop hot fuel from reigniting. It is used in locations where a flammable liquid hazard exists such as chemical plants, storage and processing facilities, oil tankers, offshore platforms and refineries, fire departments and training centers, bulk fuel storage farms, airports, and military facilities.

While effective, AFFF and PFAS are dangerous materials that do not dilute, degrade, or disappear, earning them the nickname “forever chemicals.” They are persistent in the environment and human body and are linked to many health issues including low infant birth weight, liver, kidney, immunological, reproductive and developmental complications, cancer, and thyroid hormone disruption. AFFF poses a risk to those with direct contact (i.e. firefighters) and communities near where firefighting foam is used.

In response to the alleged health risks associated with firefighting foam, there has been a rise in litigation related to AFFF exposure. In December 2022, 100 new cases were added to the AFFF MDL, bringing the total number of cases to 3,399. Plaintiffs include firefighters, military, and airport personnel exposed to AFFF and citizens not associated with professions that regularly interact with AFFF foam but who may be exposed via seepage into water sources.

As this litigation picks up, it is important to note that while the health effects of PFOS, PFOA, PFHxS, and PFNA are more widely studied than other PFAS, including AFFF, a new study published on January 10, 2023 in the Journal of Occupational Medicine found that Scottish firefighters were almost three times as likely to die of malignant neoplasms than the general population.  The study also found excess mortality in firefighters for several site-specific cancers including kidney, bladder, esophagus, prostate, and myeloid leukemia, and mortality from neoplasms of unknown behavior over six times greater in firefighters than in the general population. Scottish firefighters also had a higher mortality rate for acute ischemic heart diseases, stroke, interstitial pulmonary diseases, renal failure, and musculoskeletal system diseases.  The study linked these increases to exposure to fire effluents through inhalation, ingestion, or dermal absorption and noted a significant impact of chronic low-dose exposures to harmful chemicals for firefighters.

On December 20, 2018, the first bellwether AFFF trial, City of Stuart v. 3M Co. et als no. 2:2018cv03487, was filed in the US District Court for the District of South Carolina. Plaintiff alleges that several major companies manufactured fire suppressant foam and contaminated its drinking water for decades with no warning to Stuart residents and workers.  The Complaint claims that the defendant companies knew harmful chemicals existed in their products but delayed notifying the public of such harms.

Residents from Guin, Alabama, also filed another case (Fleming et al. v. 3M Co. et al., case number 2:22-cv-04541) that is currently part of this MDL.  Plaintiff recently filed a motion to remand to the Northern District of Alabama, arguing their case is not appropriate for consolidation as they are not making allegations regarding AFFF but focusing on PFAS contamination of the local water by 3M. 3M opposed, arguing that there are issues related to AFFF alleged by the Guin plaintiffs.

Due to the lack of scientific evidence linking AFFF to water contamination and health damages, defendants (3M, du Pont de Nemours and Company, The Chemours Company, and The Chemours Company FC, LLC, Clariant Corporation, Dynax, BASF, Buckeye Fire Equipment Company, Chemguard, Inc., Kidde-Fenwal, Inc., National Foam, Inc., and Tyco) have filed summary judgment motions in the MDL arguing the plaintiff’s expert witness fails to specifically name any of their products as contamination sources and thus cannot prove that their products were a source of the PFOA detected in the City of Stuart’s water supply or were a substantial contributing factor of the PFOA.  The Motions were filed in December 2022, and this matter is currently set for trial in the early spring of 2023.