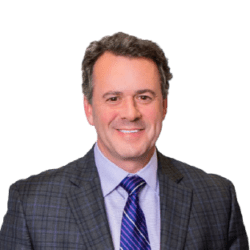 In what is believed to be the first lawsuit of its kind filed in the state of Mississippi, a Mississippi soybean farm and its individual partners brought suit in federal court on July 13, 2018, against manufacturers and distributers of dicamba-based herbicides and the dicamba-resistant soybean seeds they were designed to treat. The Complaint alleges that the herbicides – sprayed by neighboring farmers – caused damage to their non-resistant crops.

The lawsuit filed by Morgan & Morgan attorney, Christopher W. Espy, on behalf of plaintiffs Marshall W. Scallion and Brooke Scallion and their Scallion Farms Partnership names defendants Monsanto Company, BASF Corporation, BASF SE, E.I. dupont Nemours and Company and Pioneer Hi-Bred International, Inc. The Orlando-based plaintiff’s firm has been actively engaged in pursuing dicamba litigation over the past several years. Their website notes “Our attorneys are currently investigating claims that the herbicide dicamba is responsible for destroying millions of acres of crops and endangering the livelihoods of thousands of farmers.”

The case has been assigned to Judge Michael P. Mills and Magistrate Judge Roy Percy.
In the 51-page Complaint, [link: Marshall W. Scallion and Brooke Scallion, individually and on behalf of Scallion Farms Partnership v. Monsanto Company, BASF Corporation, BASF SE, E.I. dupont Nemours and Company, and Pioneer Hi-Bred International, Inc.; In the United States District Court for the Northern District of Mississippi, Oxford Division; Cause No.: 3:18-CV-161-MPM-RP], the plaintiffs allege that they grow soybeans on over one thousand acres of farmland in Tallahatchie County, Mississippi, and that in June and July of 2017, they “observed significant dicamba injuries on their crops, including, but not limited to cupping, curling, strapping, discoloration, leaf elongation, wrinkling, stunting, trumpeting, or twisting of exposed plants” on over 1,800 acres of their farmland. They claim “numerous farmers within the vicinity of plaintiffs purchased and planted seed for [Monsanto’s dicamba-resistant] Xtend variety soybean and cotton,” and that these neighboring farmers then applied Xtendimax (Monsanto), Engenia (BASF), and Fexapan (DuPont) brand dicamba-based herbicides to their Xtend variety crops. They allege those farmers applied these dicamba-based herbicides “in the manner intended by, and reasonably anticipated by, Monsanto, BASF, and DuPont,” but that the herbicides nevertheless “moved off target from application sites and onto plaintiffs’ crops and property.” Plaintiffs allege that as a result their “crops were exposed to dicamba, suffered significant injuries, and sustained a loss of yield,” and further allege that they will incur “loss of seed and progeny in future growing seasons.” (p. 21-22).

The plaintiffs allege that each of the defendants is liable under the strict liability theories of defective design and failure to warn, as well as negligence, continuing nuisance, and civil conspiracy. In addition to seeking compensatory and punitive damages, the plaintiffs are seeking preliminary and permanent injunctions enjoining the defendants from selling, marketing, and distributing Xtend crops and the dicamba-based herbicides Xtendimax, Engenia and Fexapan.
This case will likely be transferred to the multidistrict litigation pending in the United States District Court for the Eastern District of Missouri, Southeastern Division, In re: Dicamba Herbicides Litigation, Cause No.: MDL No. 2820 SNLJ, for initial proceedings.